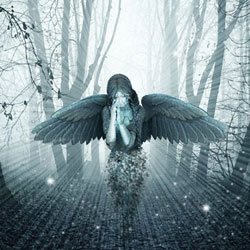 Learn how to create an emotional photo manipulation with a sad angel from this easy to follow Photoshop tutorial. I have started from a beautiful premade background and added a stone angel statue.

To give that mysterious look we'll use sparkle brushes and also rays of light. The adjustment layer used in the final step adds more contrast to our angel photo manipulation and makes it more dramatic. 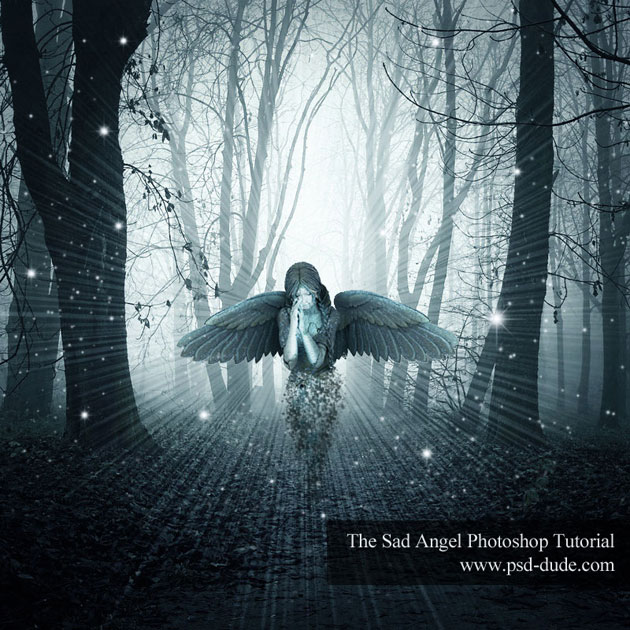 This is the first time I use a premade background mainly because I found this beautiful Ghostly Forest Path image so inspiring. I was fascinated not only by the beautiful color tones but also the mood of the image. 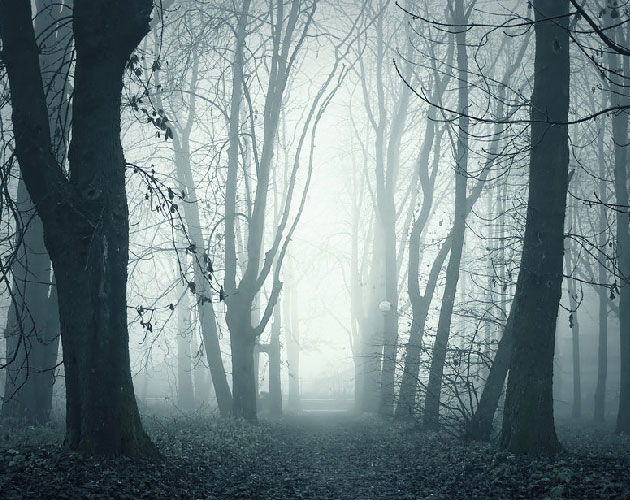 Place this beautiful angel image in a new layer called Photoshop Angel. The good news is that is already cropped so I little less work with that annoying cropping process.

Resize the angel PNG image so that it fits with the rest of the image and place it in the center of the image like shown below. 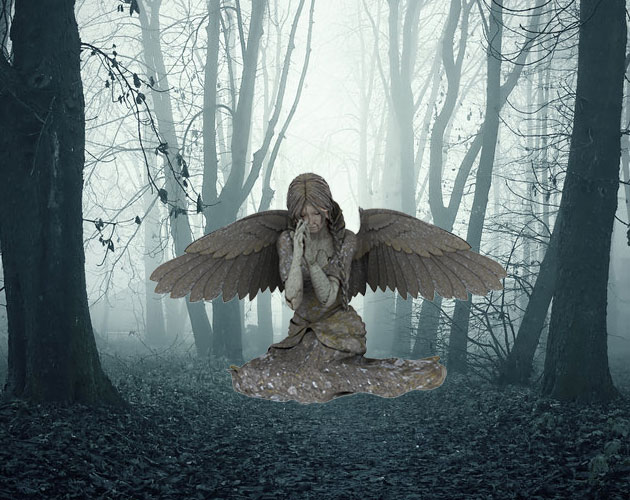 Choose the Liquify Tool and with the Forward Warp Tool try to fix the angel wing like shown in the image. 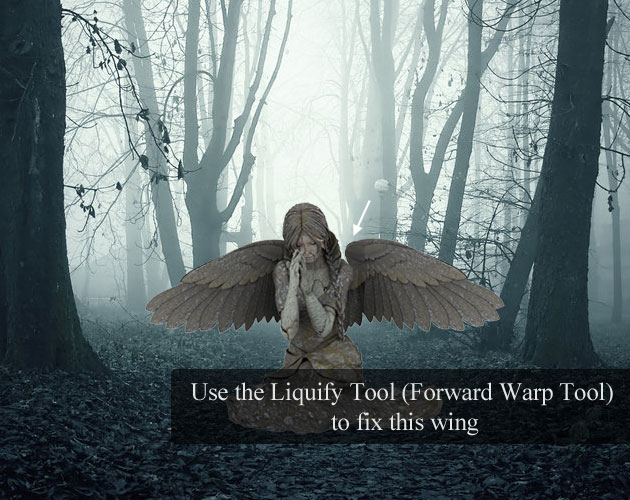 As you can see there are big color differences between the angel and the background images. To fix that problem we have to open the Color Balance window and make the following settings: 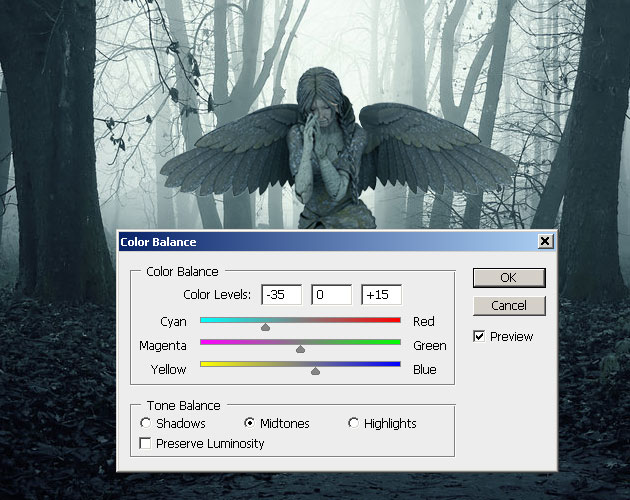 Move the angel up to look like she is floating in the air. Use the Eraser Tool with the custom made brush (Noise Brush), that you will find in the ZIP pack, to erase this area from the angel image. 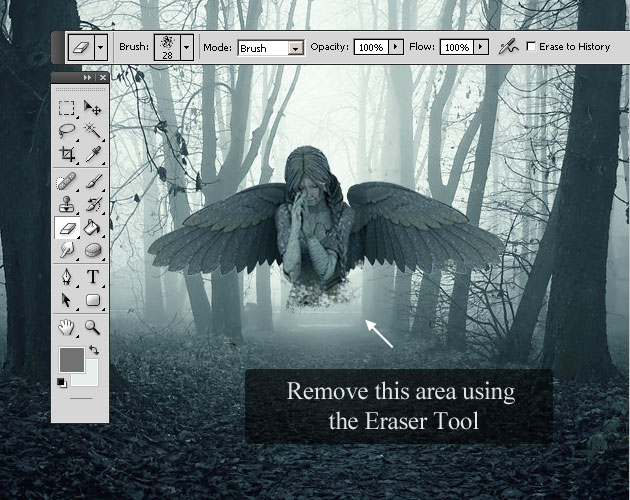 Create a new layer called Disintegration Effect and with the same Noise Brush but this time attached to the Brush Tool add the missing part of the angel. For the color use the Eyedropper Tool to pick different tones of color like #3d5153 for example. 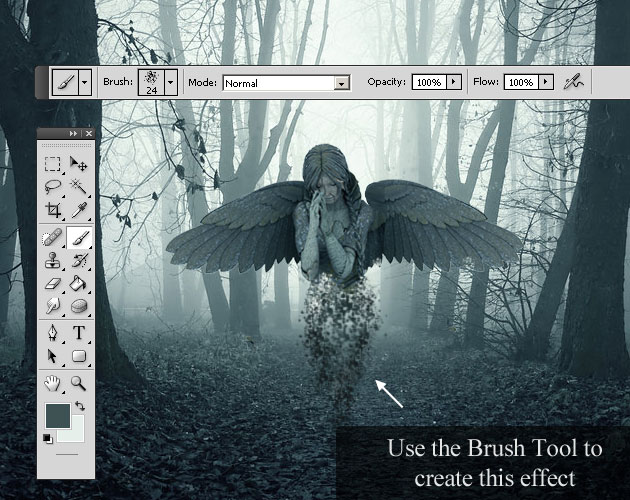 Add a new layer, but this time place it behind the Angel Layer, and call it Light Rays. Pick the Brush Tool and using the color white add a light in the background. Use the from this beautiful set of light ray brushes. 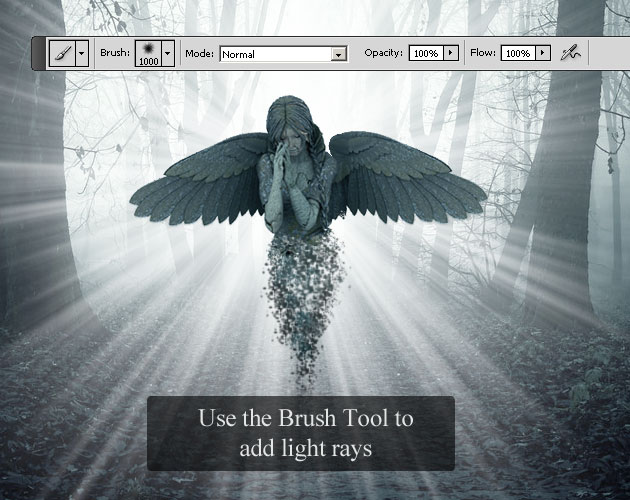 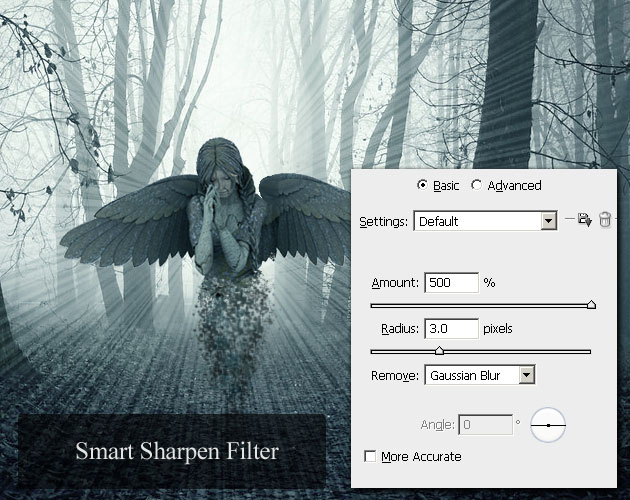 Create a new layer and add these sparkle brushes using white color. I've used the Sparkle 1 and Sparkle 4 brushes like in the image. 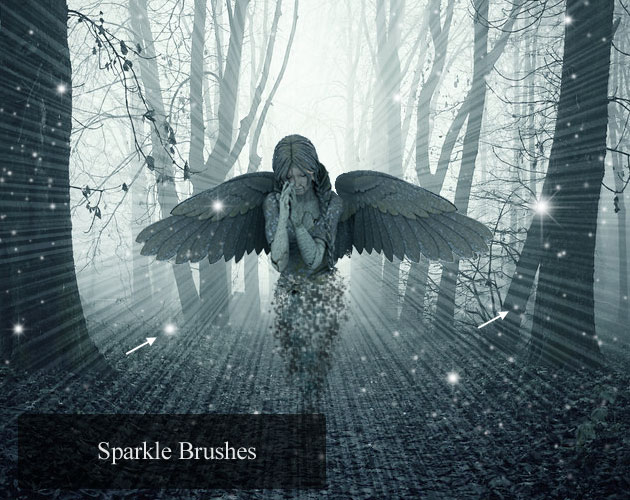 For the final touches I have added a new layer, and painted with white color over the areas that I wanted to lighten. Set the Blend Mode of this layer to Overlay, 70% opacity. Use a Soft Round Brush. 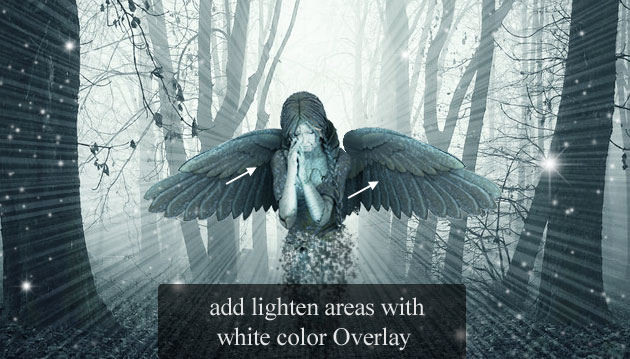 To add more contrast, create a Brightness/Contrast adjustment layer and set the contrast to 20. Add also a soft vignette.

Create a Transparent Text in Photoshop

Malinda
2:14 PM Wednesday, April 25, 2012
We need brushes that are in a zip pack that I can't find here. Can someone please direct me to the zip pack? TIA! reply

PSDDude
2:33 PM Wednesday, April 25, 2012
Ups, I have forgot to attach the ZIP file. Now it is fixed :) thank you for telling me ! Maybe you upload your result when it is done reply

Dan
5:39 AM Friday, April 27, 2012
after you download the zip file how do you get them into photoshop CS5? I open my winzar but where do I send them to

PSDDude
5:43 AM Friday, April 27, 2012
You take the ABR file and load it in Photoshop (drag and drop is the simplest way or you can double clik on the file)
The brush file was made with CS4 I really hope it works in CS5 also! reply

PSDDude
6:12 AM Saturday, April 28, 2012
You have to use white color for the sparkles and, if you watch carefully my smallest sparkles do look like white dots so there is nothing wrong. You have to play with different sizes and sprkle types to obtain a nice looking result!

About the edit button Iwe thought about it many times but as we are developing the site ourselfs (from zero, not using wordpress) we have a long list of things that need to be updated or added.

I am sorry to hear that you can't make this tutorial work, but I write everything that I did. Maybe if you attach an image of your result I can figure out what you are doing wrong! reply

Dan
6:13 AM Saturday, April 28, 2012
sorry I forgot to add this to my last post when I added the sparkles they didn't look like the above sparkles either they looked like white spots why is that

I've been trying this sadangel tutorial and I can't seem to get the bottom of the angel to look like the photo..keep in mind that I don't use brushes too often 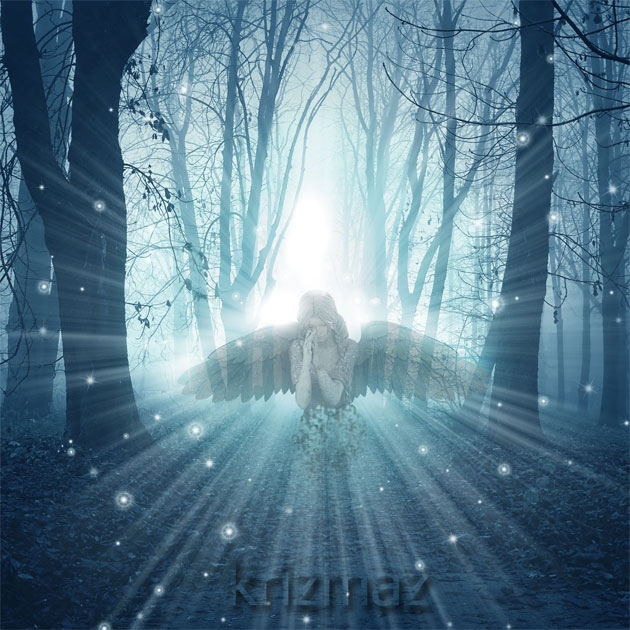 PSDDude
8:56 AM Wednesday, May 2, 2012
You're welcome Cris, nice result by the way! I like the light rays, color tones and sparkle effects; as a suggestion don't make the angel transparent, especially on the wings! Keep up the good work :) reply

this is the second of your tuto I realize, here is my result : 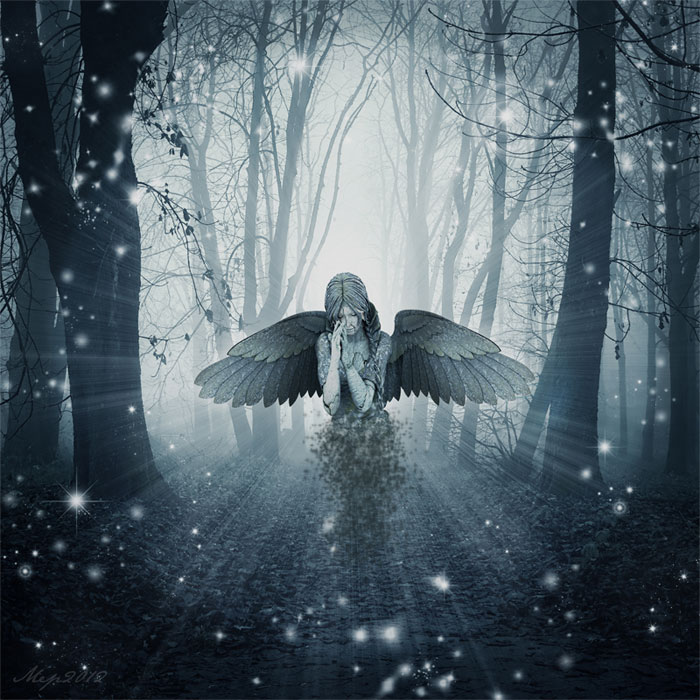 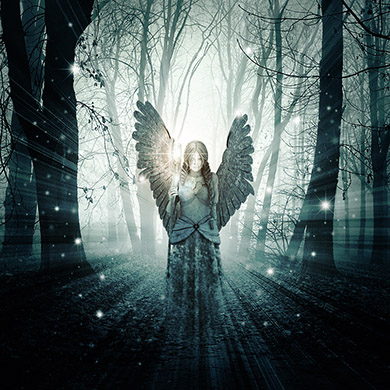 Daniel
1:06 PM Monday, April 29, 2019
Nice tutorial! I was curious how the premade background was made because it looks very beautiful reply

Angela White
1:06 PM Monday, April 29, 2019
Superb tutorials, wonder full blog, great job, thanks a lot for sharing with us, keep it up! reply